Fear Factory has been enormously influential on the heavy metal scene in the mid-to-late 1990s. Demanufacture is considered to be the band’s defining work, was awarded the maximum five-star rating in Kerrang! Rock Magazine, made the Top 10 of the Billboard Heatseekers Charts and is widely regarded as the band’s best and a heavy metal classic.

For the 25th anniversary of the album, ROG is issuing the title on vinyl for the very first time in the U.S. and expanding it to include a previously unreleased live performance at Ozzfest in 1996!

Mastered for vinyl from the original source tapes with lacquers cut by long-time band producer and engineer, Damien Rainaud, this 3LP set will be pressed on transparent blue, solid white and black mixed color vinyl at Record Industry and come in a beautiful tri-fold jacket with an exclusive poster.

It will be limited and available to pre-order on Oct. 30. 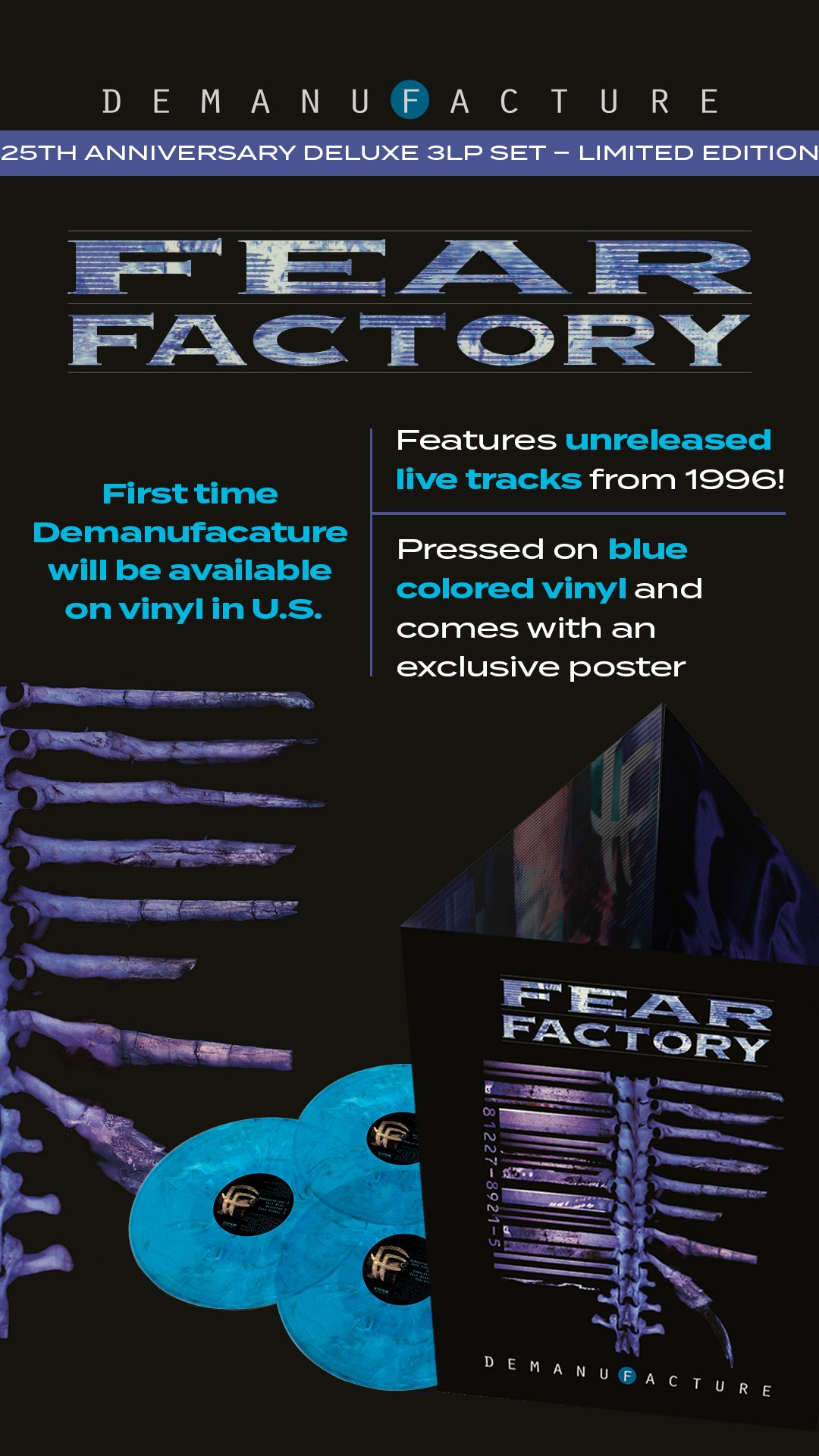