Considered pioneers of the new wave of American thrash metal, Machine Head released their debut in 1994 and it went on to become Roadrunner’s best-selling debut album.

Burn My Eyes is a bone-shattering exercise in brutality.

Burn My Eyes is the first vinyl re-issue in over 5 years from American based heavy metal band, Machine Head.

Formed in Oakland in 1991 by vocalist/guitarist Robb Flynn and bassist Adam Duce, they are considered as one of the pioneering bands in the new age of American heavy metal and part of the second wave of thrash metal bands from the 1990’s.

Recorded in Fantasy Studios in Berkeley, the album was released on August 9th 1994 and went on to sell over 400,000 copies worldwide becoming Roadrunners best selling debut album. The album opened many doors for the band and scored them support slots for some of the metal scene’s most iconic bands, such as Slayer.

Davidian
Old
A Thousand Lies
None But My Own
The Rage To Overcome
Death Church
A Nation On Fire
Blood For Blood
I’m Your God Now
Real Eyes, Realize, Real Lies
Block 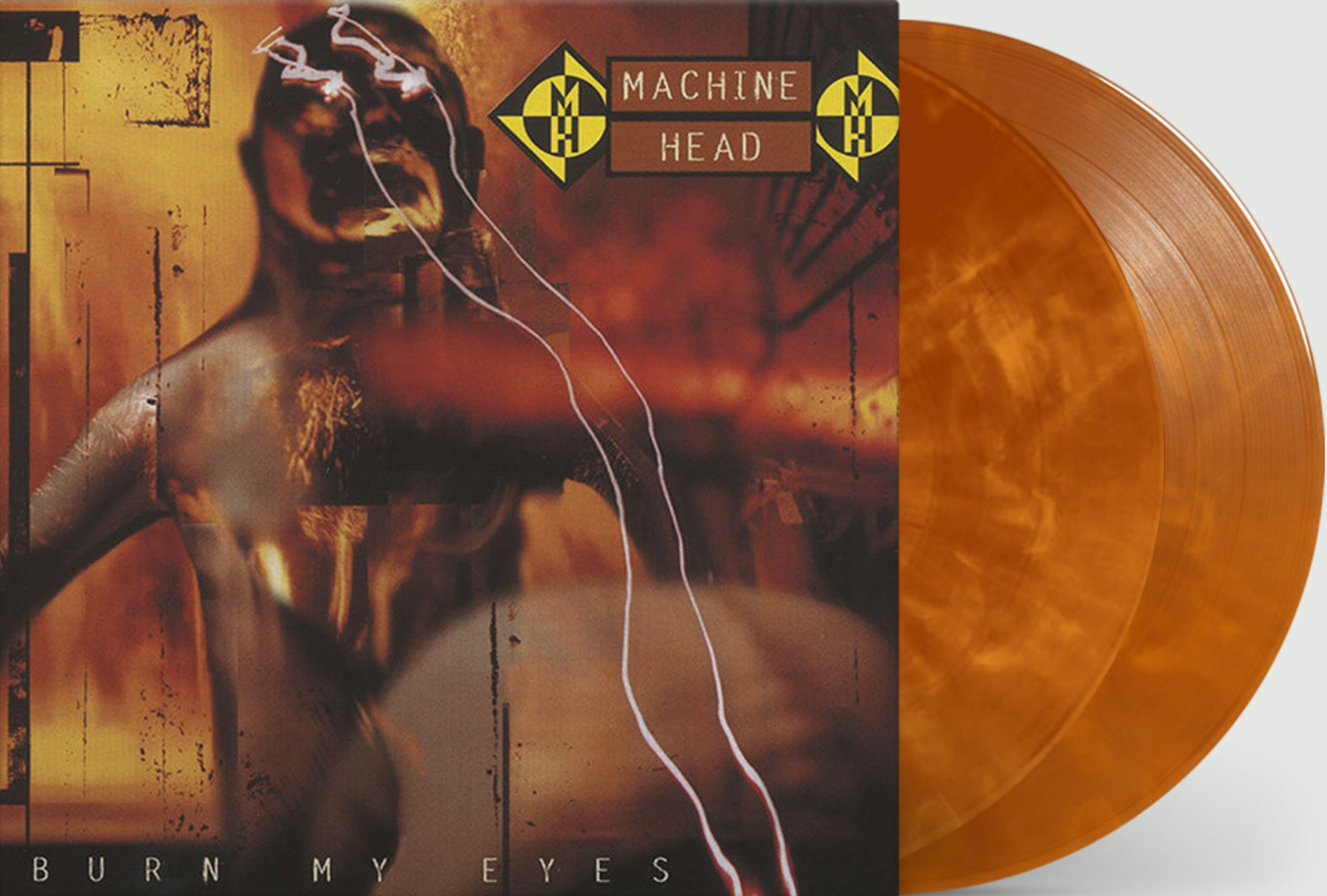