Metallica’s eponymous album, better known as The Black Album, is remastered and will be available everywhere on September 10th.

The Black Album is one of the most commercially successful and critically acclaimed records of all time, with global sales of over 35 million, and contains a series of unrelenting singles, “Enter Sandman,” “The Unforgiven, “Nothing Else Matters”, “Wherever I May Roam,” and “Sad But True.”

The box set contains over 24 hours of music via six pieces of vinyl (including a ‘Sad But True’ picture disc), six DVDs and 14 CDs. It includes a 120-page hardcover book and more. Here are the details: 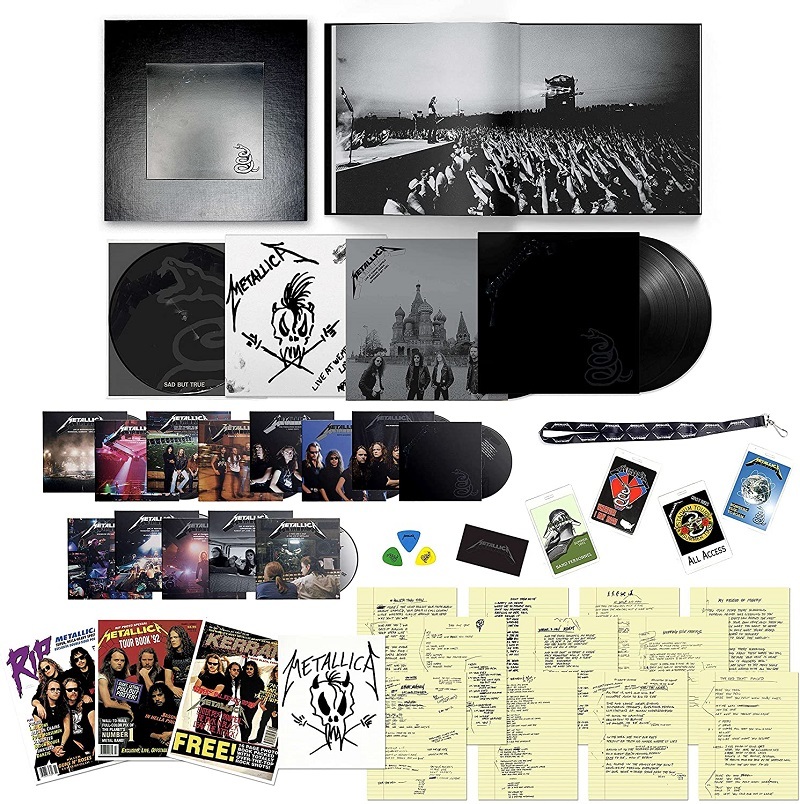 LP 1 / SIDE ONE – METALLICA (REMASTERED)

DVD 6 – WHEREVER WE MAY ROAM

* pricing is guaranteed on any order you place. If price is lowered you will be offered refund/credit on the difference.