Al Jourgensen sat home in 2020 and watched America (mostly metaphorically) burn. The pandemic death toll rose, the Black Lives Matter movement took to the streets, and the incumbent President tried to overturn an election, eventually inspiring followers to storm the Capitol Building. At some point, as the chaos unfolded on his TV, Jourgesen decided the world needed a new Ministry record. Having been a long standing critic of Republican policies (see Ministry’s three album trilogy dedicated to attacking former President George W Bush), Jourgensen has decided that it is time to confront America’s growing lack of morality and humanity. Ministry’s 15th album, Moral Hygiene, is more about a moral revolution than a sonic one. The opening track ‘Alert Level’ poses the question straight away: “How concerned are you?”.

Al’s immediate response to such questions is captured in both his lyrics and the samples: “young people are starting to understand your betrayal”. In setting up the us-and-them mentality, he seeks to draw listeners to his world view and declares “let’s get ready!”. As a collage of ideas and sounds, ‘Alert Level’ is a tremendous introduction to an album that acts as a manifesto for how we need to change the current state of the world. First single ‘Good Trouble’ encapsulates this – sampling the late John Lewis and encouraging people to take to the streets and “clean up the mess” in the name of social justice. He’s never been one to mince words, and the crowd chanting “fuck the police” ensures his message isn’t misinterpreted.

Jourgensen’s particular form of activism involves causing a ruckus to make people listen. You can almost imagine the glee he would have taken in seeing the oppressed take to the streets in support of George Floyd. He funnels a lot of this into his songs. ‘Sabotage is Sexy’ is an old school track with a driving rhythm and vocals from punk icon Jello Biafra (ex-Dead Kennedys) that deals with racial profiling and the resulting outcry. The phrase “good trouble” is used to draw a line between the kind of activism that inspires social change and the extremist attacks by Trump followers, indicating that some unrest is necessary to escape oppression. ‘Disinformation’ is another rallying cry to the cause, quoting Trump’s “fake news” mantra and countering with Al’s own cry of “disinformation”. The choice to cover The Stooges’ ‘Search and Destroy’ is an apt one, with guitarist Billy Morrison(Billy Idol) unleashing on the riff. It’s a pretty good example of rabble rousing rock and worth including on your Best of 2021 playlists.

You know exactly what you’re getting from Ministry by now: insane beats, heavy power chords and distorted vocals. It’s metal meets 80s EDM with a dissonant industrial groove. It doesn’t mean that they can’t throw in some variations on their core sound. ‘Believe Me’ is a real belter in that regard, with a cool riff reminiscent of post-punk and a low key vocal, as Al criticises lying politicians and claiming they will reap what they sow for “a lifetime of cheating”. The keys are particularly symphonic on the chorus and that snap of the snare is pretty darn sweet before it segues, via a repeating “life will never the same” sample, into the sitar laden ‘Broken System’. Here Jourgensen focuses on ecological damage and lack of response to climate change. It really does make for a bleak outlook on humanity’s survival but by bringing these things to his audience’s attention he is hoping to inspire a mosh pit to act now. ‘We Shall Resist’ is a darker brooding song, the mantra whispered and chanted repeatedly between verses. It builds to a demonic climax of beats, riffs and choral samples, calling on listeners to rise up against the tyranny he has explained on the previous songs.

If you were still sitting on the fence, Jourgensen samples preachers extolling the biblical implications of COVID-19 and lays the blame at their feet on ‘Death Toll’. It’s arguably the most filler track here, with no new vocals and a lot of repetition over harmonica and beats but does segue into ‘TV Song #6 (Right Around the Corner Mix)’, which is a more traditional Ministry riot. The BPM is through the roof as Jourgensen screams over the top of samples and riffs. It ties together the different themes on the album into a chaotic track of violence and agony. It does feel like it completes the album, circling back to the structure of ‘Alert Level’ but also feels like they only had six or so ideas for songs so added a few other tracks to fill out the album.

Having bands like Ministry around is still pretty critical when it feels like the social contract is hanging together by a thread. It can be comforting to know you’re not alone and that there’s other fans who will stand with you in the face of pandemic survivalism, climate denial, racism and moral degradation. What Jourgensen has been able to do for 20 years now is make each Ministry album a statement about the world we live in now and what we should do to make it better. The music is as abrasive and confrontational as ever, pretty much ensuring that the masses won’t hear it. But this isn’t music for radio play, this is the red pill you take when you want to wake up. 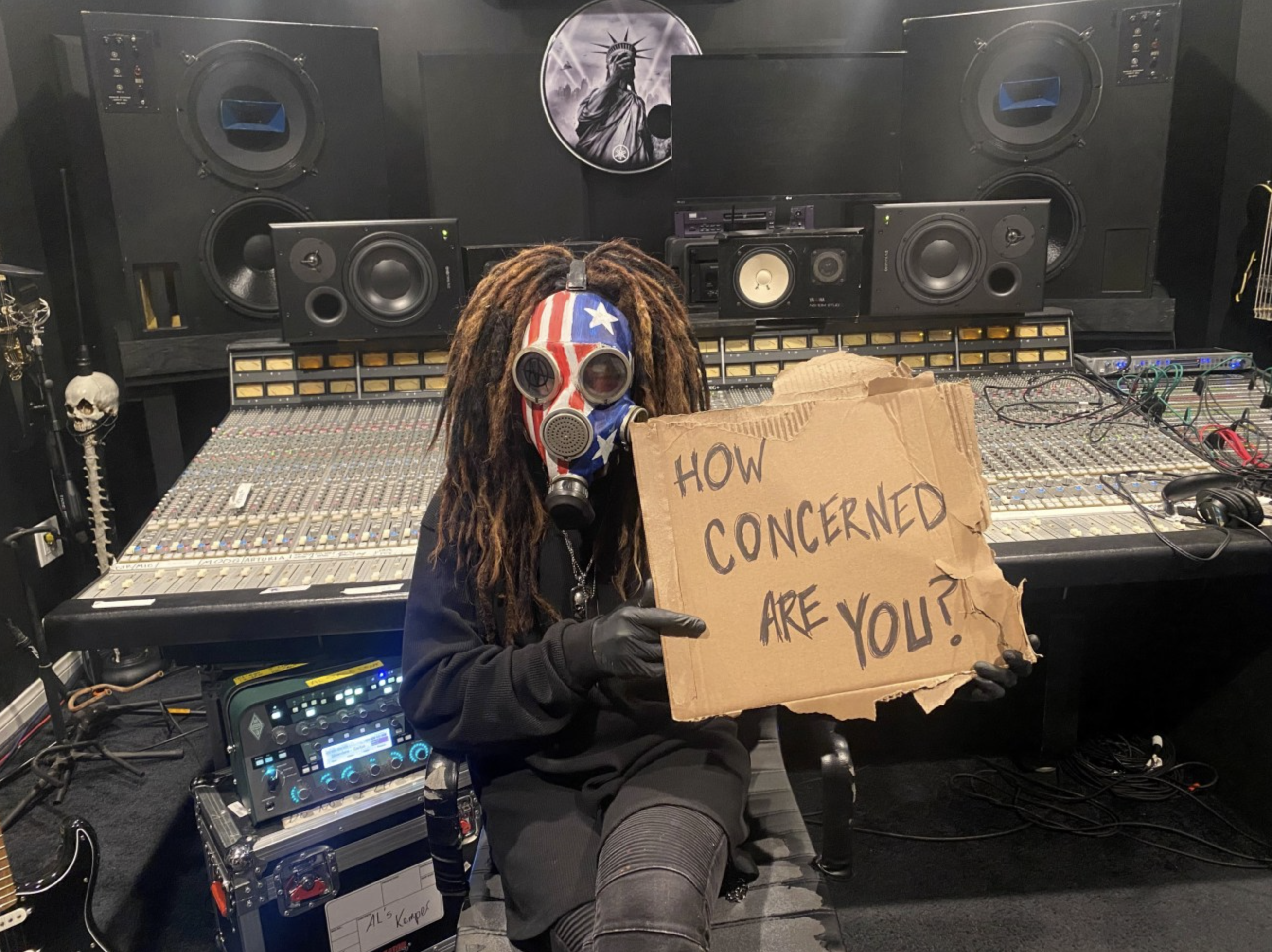