It was Sabbath’s first studio album in over a decade to feature vocalist Ronnie James Dio and drummer Vinny Appice, and their first in nine years to feature original bassist Geezer Butler. Initial writing and demo sessions at Rich Bitch Studios in Birmingham featured drummer Cozy Powell; bootlegs of these sessions exist.

The album’s lineup – Dio, Appice, Butler and guitarist Tony Iommi – reunited in 2006 for a greatest hits set, Black Sabbath: The Dio Years, and a new studio album in 2009, The Devil You Know (billed as Heaven & Hell).

Lyrically and musically, Dehumanizer is considered one of Sabbath’s heaviest albums. Lyrical themes vary from a computer worshipped as a god (Computer God), to televangelists (TV Crimes), to individualism (I) and doubts about the afterlife (After All (The Dead)).

The album was recorded in Wales, at Rockfield Studios. It was intended to feature Cozy Powell, then Sabbath’s drummer, but he was immobilised by a broken pelvic bone sustained in a horse riding accident. Dio initially wanted to replace Powell with Simon Wright, from AC/DC and his own band, but Butler and Iommi rejected him. They instead recruited Vinny Appice, who had served as Sabbath’s drummer during most of Dio’s previous tenure with the band, from 1980–1982.

During sessions for the album, Tony Martin made a short comeback when invited by the band to try the songs out. He stayed for just a couple of days and the band continued with Dio. Martin stated: “I had already started my first solo album Back Where I Belong – so, when I got the call to go back, I was committed by that point. And in fact it was just a couple of months after they had started the thing with Ronnie James Dio. I was determined to finish my solo thing and so turned them down at that point. We did keep in touch though and I went to some shows. Ronnie wasn’t too pleased, but eventually they had enough and asked me to rejoin again later so it felt like I hadn’t actually left. In fact, I was never formally fired; the phone just stopped ringing. Ian Gillan (Deep Purple singer, and another ex-Sabbath singer) asked me once if I had actually been fired and I said, ‘No.’ He said, ‘Neither have I.’ We should just turn up one day and walk on stage!”

Demo sessions with Powell yielded numerous recordings, including two unreleased songs – “The Night Life” (also called “Next Time”), whose riff was later used for “Psychophobia” on Cross Purposes, and “Bad Blood”, which sounds very similar to “I” on Dehumanizer. These songs can be found, along with other demos and untitled songs, on the Complete Dehumanizer Sessions bootleg. “Computer God” was the title of an unreleased song by The Geezer Butler Band, in 1986 – only the title made it to Dehumanizer. The Butler version is available as a download on his website. “Master of Insanity” was also an unreleased Geezer Butler Band track, of which the Dehumanizer version is essentially a rerecording. Jimi Bell, the guitarist with Butler’s band actually wrote the song and Jimi’s solo was actually used on the Dehumanizer record. Geezer promised a credit and payment, but Jimi never was paid or credited for his contributions.

“We wanted it to be real rock ‘n’ roll: real basic,” Dio told WERS’ Nasty Habits show. “We wanted to capture what we are live and that’s really what I think we did. We didn’t do tons of overdubs or a lot of chorus-y kind of things. I think the important thing is that a band should be able to do all the things they do on record live, without any kind of sampling crap or that rubbish – so, of course, we didn’t. We recorded it true to what the band is: just guitar, bass, drums and vocals, y’know – a couple of keyboard things here and there.”

Although the Sabbath lineup was the same as 1981’s Mob Rules, the musical direction is very different, and a marked change from their previous material, particularly the preceding Tyr. Much of the album anticipates the directions taken by Dio in his eponymous solo band’s next two records, Strange Highways (1993) and Angry Machines (1996). Commercially, the album marked a resurgence for Sabbath. It reached the Top 40 in the UK,and peaked at number 44 on the Billboard 200 chart. 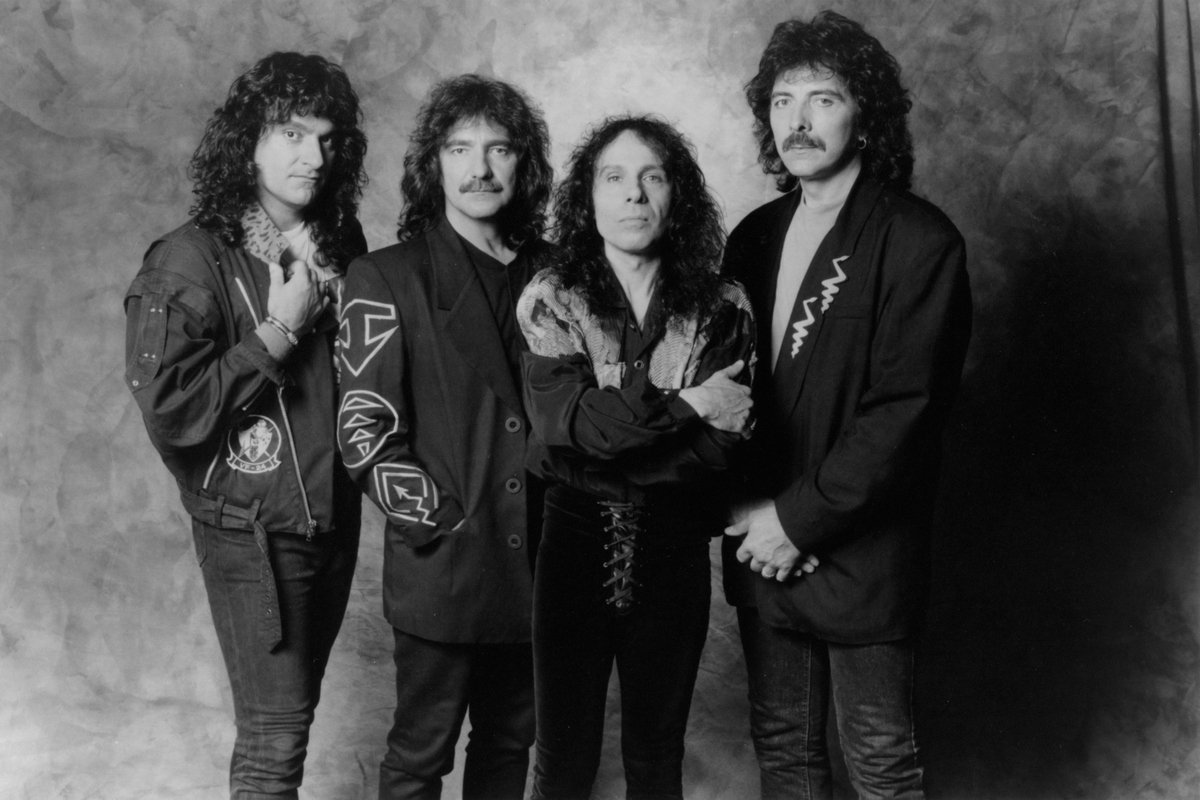