Frehley’s Comet: We Got Your Rock (Coloured Vinyl)

Before forming a band for his post-KISS career, Frehley had previously done a solo album in 1978 which was the most successful of the Kiss solo albums, and laid the groundwork for his solo career. Frehley left Kiss in 1982, but retained a one-quarter share in Kiss and could not release any solo projects until 1985 without losing that share.

During this time Ace put together a band for his solo work, the original line-up consisted of Richie Scarlet on guitar, John Regan on bass, and Anton Fig on drums. This band, together with keyboardists Arthur Stead and later Frehley’s friend from the Bronx, Rob Sabino, played live and demoed 20 songs in various sessions with producers Eddie Kramer, Tony Bongiovi, Chris Kimsey and Vini Poncia. 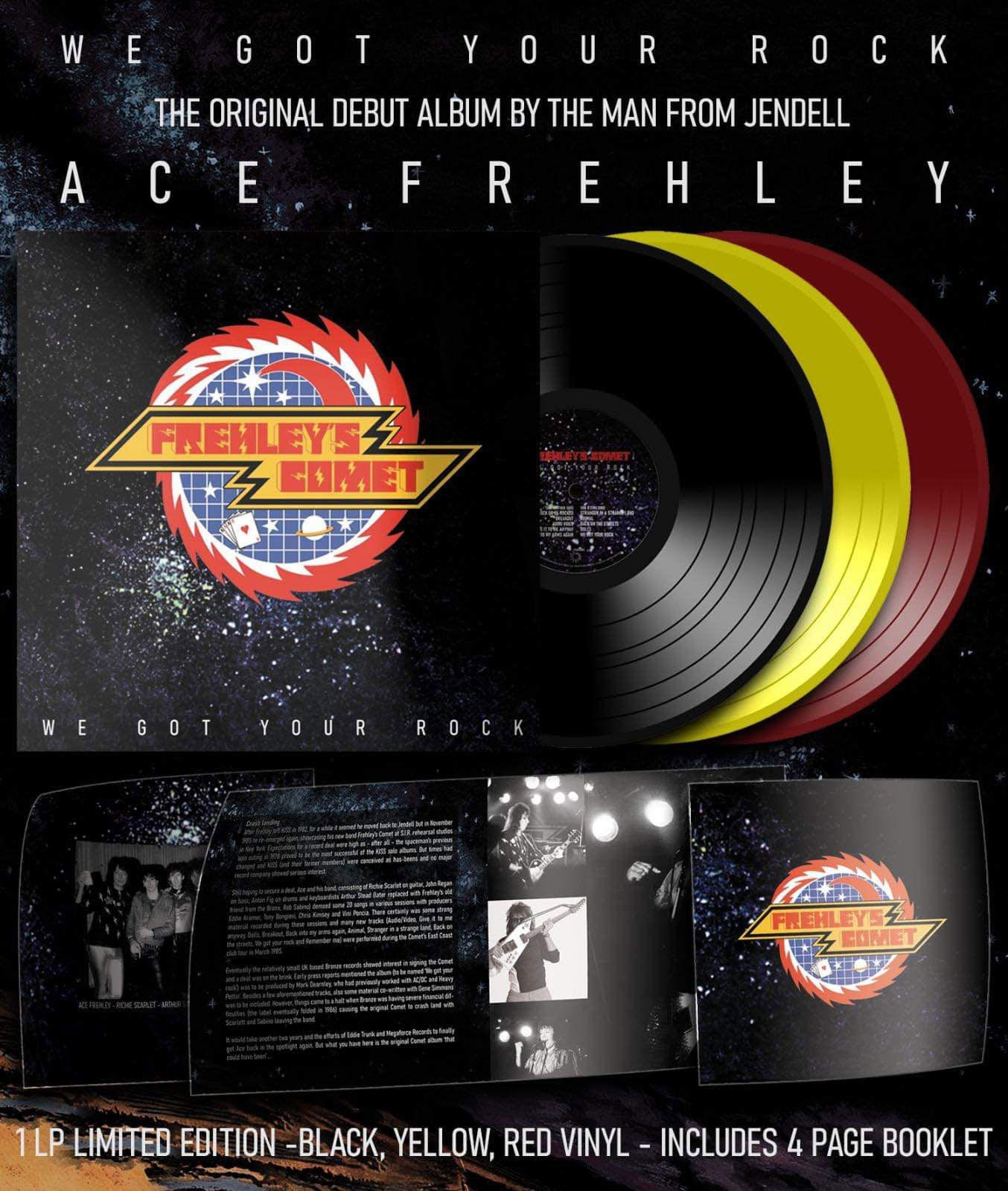