It’s hard to believe that GOATWHORE has been doling out its evil hymns for a quarter century. The unit is poised to release the follow-up to 2017’s banger “Vengeance Ascending”, closing the longest gap between its albums. “Angels Hung From The Arches Of Heaven”, album number eight, is GOATWHORE‘s first release to include longtime touring bassist Robert “TA” Coleman, and proves to be the band’s most diverse, epic and savage release all at once — an impressive feat for any band this deep into its career.

GOATWHORE has always cross-pollinated a variety of styles and subgenres, most notably death metal, black metal, thrash metal and sludge. The quartet continues to draw from its expansive palette here, this time brushing its canvas to create songs that are much more diverse and dramatic both in terms of sound and theme. While some bands are content with peddling Satanic tropes and cliches for shock value on one end, and others are of the pseudo-intellectual “coffee shop hipster” variety on the other in a way that has nothing to do with the spirit of black metal, GOATWHORE has always utilized Satanic archetypes to convey thoughtful perspectives that can be universally appreciated, or at least understood. With “Angels Hung From The Arches Of Heaven” — regarding the album title, anyway — frontman Ben Falgoust addresses the broader notion of personal struggle and how one may deal with exceptionally downtrodden points on a subtextual level while the content is presented on the surface via esoteric concepts and biblical references.

01. Invocation 3
02. Born Of Satan’s Flesh
03. The Bestowal Of Abomination
04. Angels Hung From The Arches Of Heaven
05. Death From Above
06. Ruinous Liturgy
07. Victory Is The Lightning Of Destruction
08. Voracious Blood Fixation
09. The Devil’s Warlords
10. Weight Of A Soulless Heart
11. Nihil
12. And I Was Delivered From The Wound Of Perdition 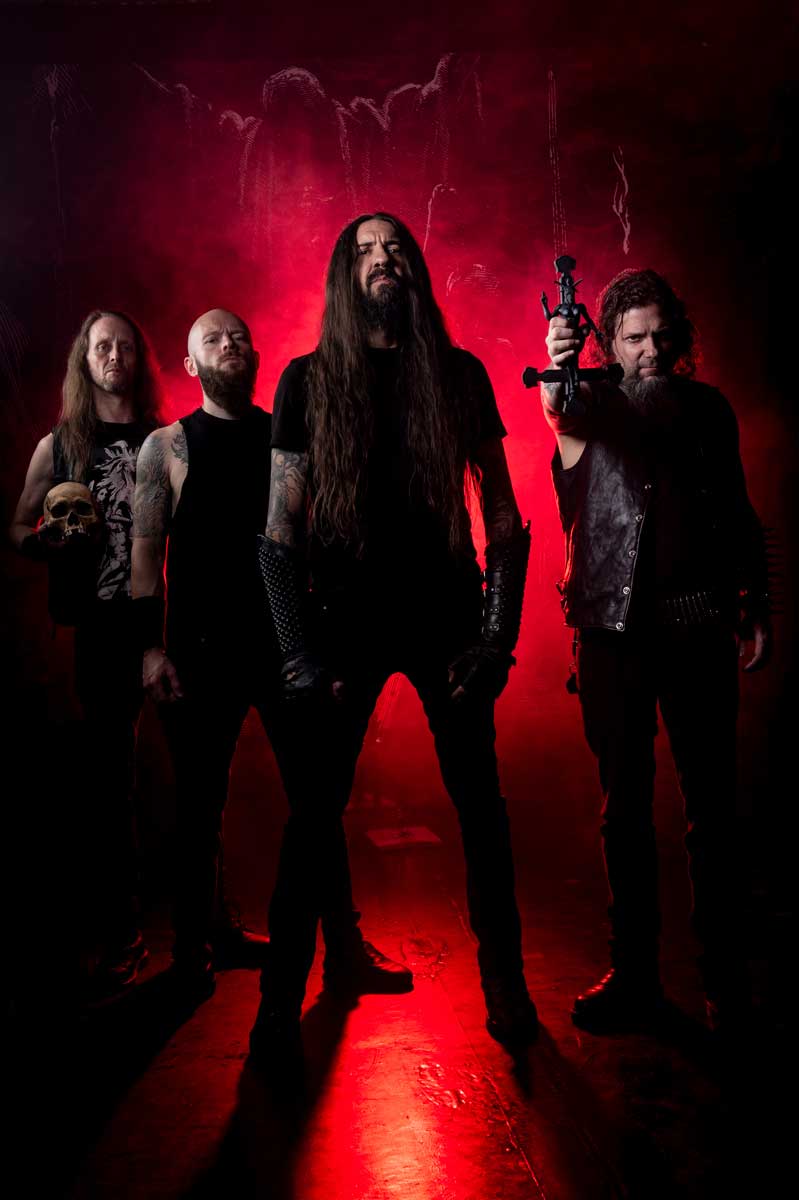