Warner Bros. gave Jane’s Addiction a list of producers to choose from. They chose Dave Jerden, whose work as engineer on David Byrne and Brian Eno’s My Life in the Bush of Ghosts frontman Perry Farrell appreciated. Jerden said he “jumped” at the chance to work with the group. “I had a demo tape of 18 songs,” Jerden recalled, “and I listened to it every night all summer. I picked nine songs from the tape and put them in an order. And then I said to the band, ‘Let’s do these nine songs. You’ll rehearse them in this order, and we’ll record them in this order.’ And that’s what we did.”

During the recording sessions, Farrell stated he wanted 50% of the band’s publishing royalties for writing the lyrics, plus a quarter of the remaining half for writing music, adding up to 62.5%. Bassist Eric Avery said he and the other members – guitarist Dave Navarro and drummer Stephen Perkins – were stunned by these demands. One day Jerden drove to the studio to find Farrell, Navarro, and Perkins leaving; Farrell told him the band had broken up and there would be no record. Warner Bros. called an emergency meeting to resolve the situation. Farrell received the percentage he sought, and the other members received 12.5% each. Avery said the incident had a profound effect on the band, creating an internal fracture.

Not long after the royalties dispute, Farrell and Avery – who had cofounded the band – had a falling out. This was the result of Avery’s newfound sobriety as well as an incident in which Farrell believed Avery had drunkenly tried to pick up his girlfriend. “Unfortunately,” Farrell recalled, “the tensions between Eric and I affected the whole family. Some people were asked to take sides, and others just moped about because they didn’t know what was going on.” Perkins, however, is reported to have got along with Navarro, Avery and Farrell. 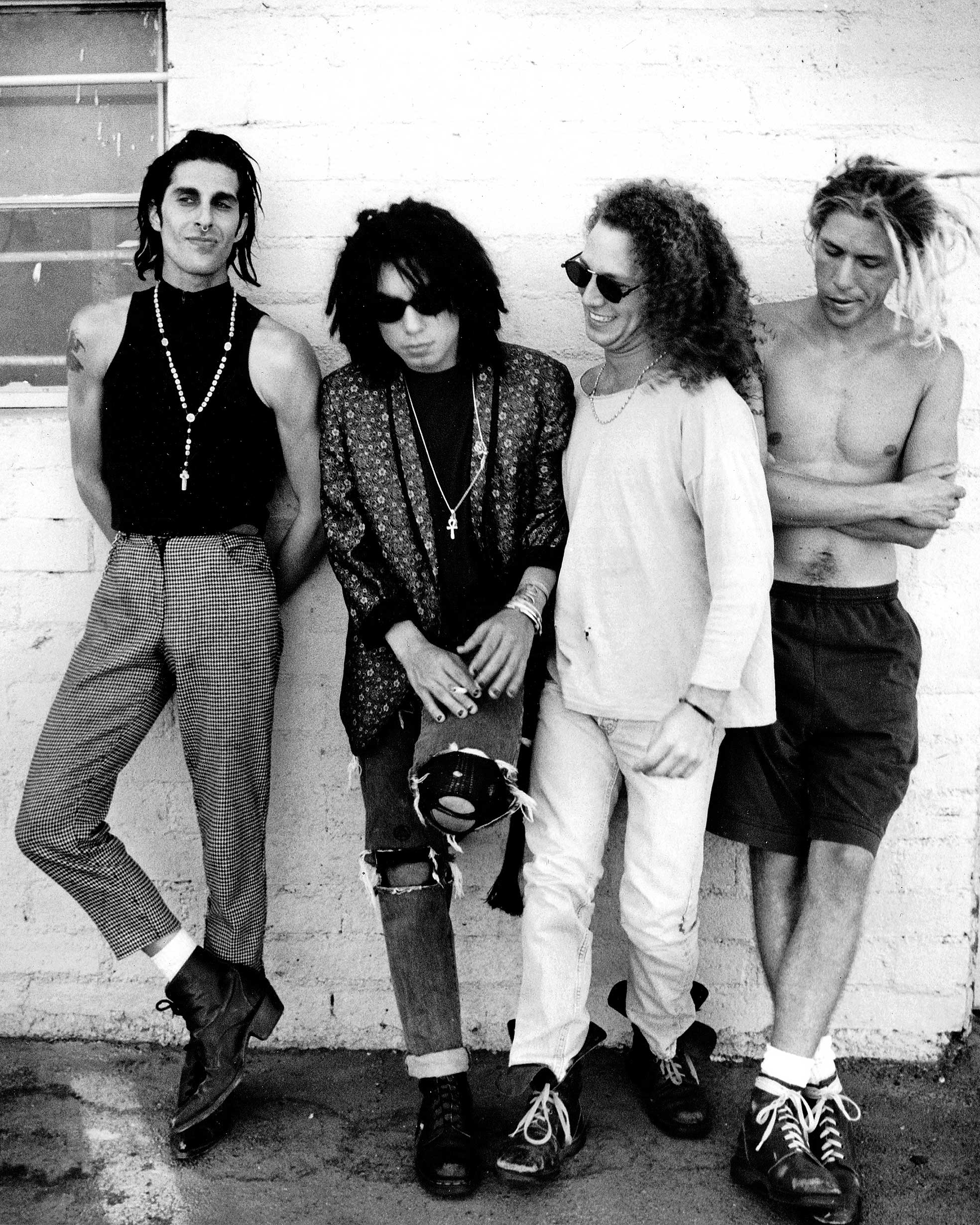