After the band recently made headlines with their record-breaking New Year’s Eve livestream event (“KISS 2020 Goodbye”) and the launch of their own rum, the KISS fan community can now look forward to a very high-quality, exclusive vinyl edition: Killers, the band’s second best-of album from 1982 will be released on 12 March as a strictly limited and numbered 2LP edition. This is the very first vinyl reissue by KISS to be released as a half-speed master.

Following on from the reissue of their first best-of album Double Platinum in summer 2019, the Killers compilation is now finally following on vinyl.

The new edition – which is strictly limited to 4,000 copies worldwide – is based on the remastered CD edition that was last available exclusively in Japan.

Killers will be released as a lavishly-designed 2LP on translucent pink heavyweight vinyl (180g) in a gatefold cover (printed on silver foil), and includes a fold-out Leporello art print and a bonus sticker.

As with the exclusive Japan edition, the album’s tracklist features two additional bonus tracks compared to the original version. “Escape From The Island” and “Shandi” were not originally included on the 1982 Killers release, which combined a mix of best-of tracks and exclusives – and overall hinted at a return to the band’s hard rock roots.

While the new 2LP combines a total of 14 KISS classics, there’s also an exclusive bundled version that contains the album highlight “Down On Your Knees” as a bonus 7-inch Single. The single is pressed on black vinyl and housed in a cardboard sleeve.

Both reissues are strictly limited and feature the German KISS logo. 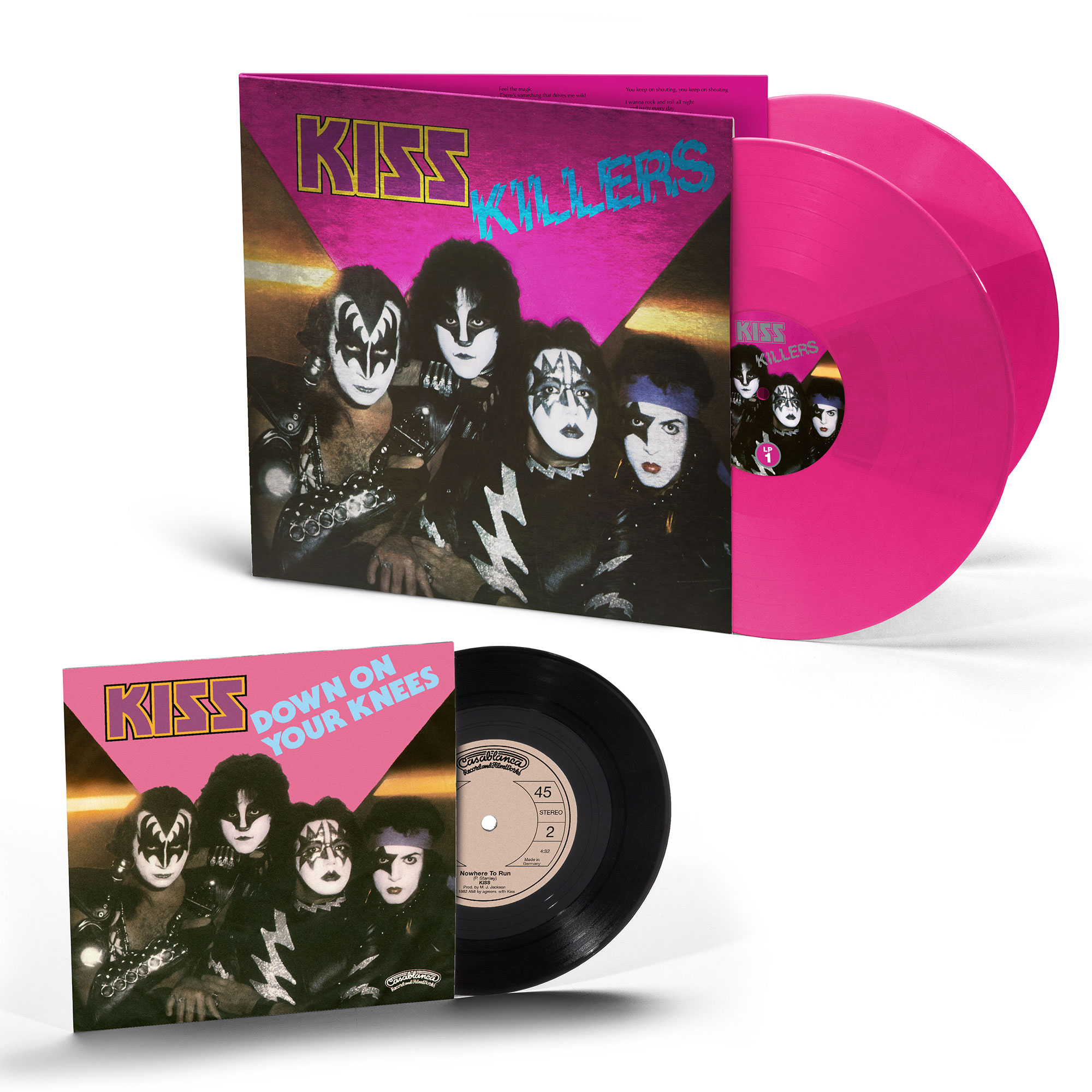