Kreator: Under The Guillotine (Box Set)

German respected thrash pioneers Kreator have announced a special box set that will be released on February 28th, 2021.

Under the Guillotine: The Noise Records Years Deluxe Box Set will feature six of the band’s albums accounting for their first decade of recorded music. The LPs include the band’s 1985 debut Endless Pain, and progress onto Pleasure to Kill, Terrible Certainty, Extreme Aggression, Coma of Souls, and bookend with Kreator’s 1992 effort, Renewal. All of the albums will be pressed on either splatter or half & half color variant vinyl and will include the album’s original artwork and lyric sleeve.

In addition to the formative albums from the metal legends, the box set will also feature the DVD, Some Pain Will Last – featuring the From The Vault mini documentary, plus two previously unreleased audio live concerts and the Andy Sneap remix of Live In East Berlin 1990.

Collectibles offered in the box set include a 12” x 12”, 40-page hardback book of photography, quotes, and lyrics from the first decade of the band’s tenure on Noise Records. fans will also get a Reproduced copy of the band’s End Of The World demo cassette, plus the ‘Demon’ figurine USB drive containing MP3s of all the expanded editions of all the albums. The set comes packages in a special executioner’s guillotine box. 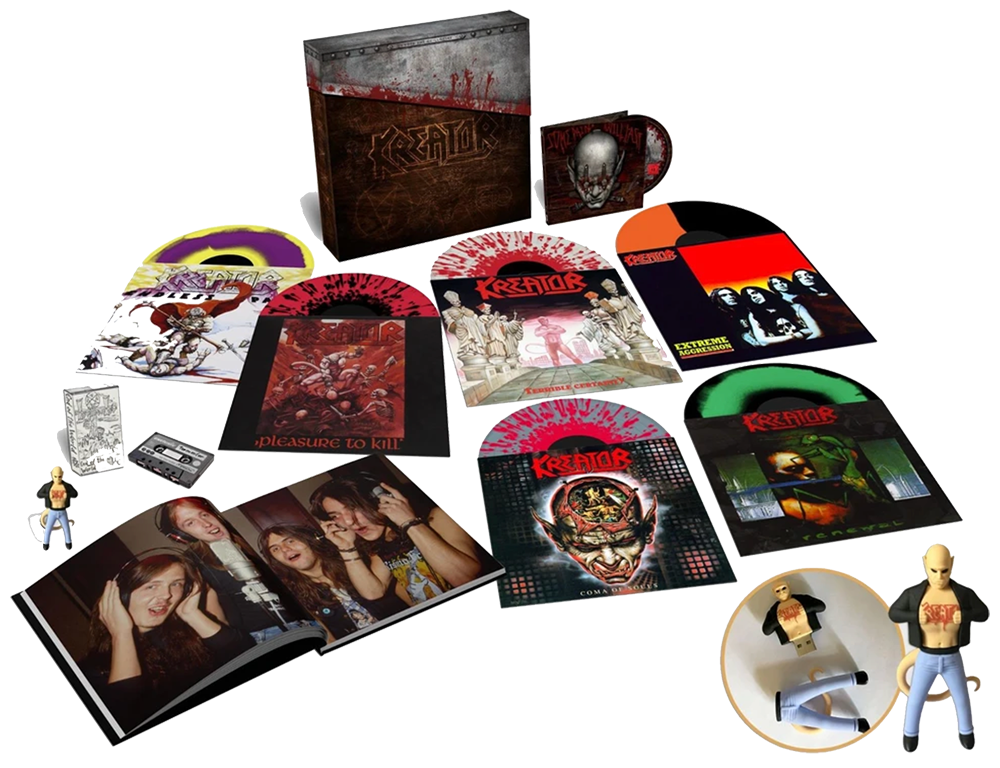