The Lowdown: Along with bringing in the New Wave of American Heavy Metal, Lamb of God have been one of music’s most important acts over the past 20 years. From their phenomenal instrumentation to the potency of their sociopolitical lyricism, Lamb of God remain titans of the genre, continuing to craft remarkable works of thrilling and captivating adrenaline.

After a delay due to the COVID-19 pandemic, Lamb of God are unveiling their latest opus, a self-titled LP. Not only is the album an amazing addition to the band’s discography, it also proves to be a profound work of heavy metal.

The Good: The first half of 2020 has been, to put it lightly, exhausting. From a viral outbreak to systemic racism, the world feels as if it is spinning out of control. When it comes to social disarray, however, Lamb of God’s Randy Blythe has plenty to say. Vocally, Blythe’s cries and growls remain vicious beginning to end.

“Memento Mori” makes for an excellent opening track that calls to the human spirit to find hope and strength. Over the rolling drum beat and exhilarating guitar rhythm, Blythe shouts, “The hardest hour, the cruelest sign/ I’m waking up from this wretched lie/ I fight it the same, don’t waste this day/ Wake up, wake up, wake up/ Memento mori.”

As the album continues forward, Blythe makes his political stance clear; his disgust towards corrupt world leaders and human cruelty ring throughout the LP, infusing the music with a tremendous sense of emotion. Whether it’s speaking to mass shootings in “Reality Bath” or the Standing Rock pipeline protests in “Routes”, the message comes across in a potent manner thanks to Blythe’s screams and the crushing instrumentation from his bandmates .

A potential area of concern coming into this LP was that of the drumming, with founding stickman Chris Adler having been replaced by Art Cruz. With that said, Cruz’s work here is outstanding. His drumming helps to lay the foundation for the flow of the record, making for a cornerstone of its adrenaline-fueled frenzy. Furthermore, guitarists Mark Morton and Willie Adler, along with bassist John Campbell, all bring their A game, captivating listeners song after song with vibrant and rampant string work.

“New Colossal Hate” delivers an onslaught of drumming alongside its vicious delivery of groove metal, as Blythe sings about the oppression of immigrants. The title and the lyrics are a play on the Emma Lazarus poem that appears on the base of the Statue of Liberty. Meanwhile, “Resurrection Man” scales back on the speed to present an ominous guitar tone that amplifies the impact of the bass and drums. Blythe’s clean vocals also appear on the album (making for a delightful touch on “Bloodshot Eyes”).

Much of the self-titled effort contains musical qualities found on Sacrament and Wrath(which will certainly please fans looking for that ferocious, somewhat older Lamb of God sound). But while one can draw similarities to those LPs, this record is an entirely new beast. In fact, it’s fair to say that this is the strongest Lamb of God album to date.

The record captures the old and new of Lamb of God; it takes the traits we have loved about the band since the beginning, and displays them at their finest. The tight musicianship and passionate lyricism allow for a record that screams and bleeds heavy metal. 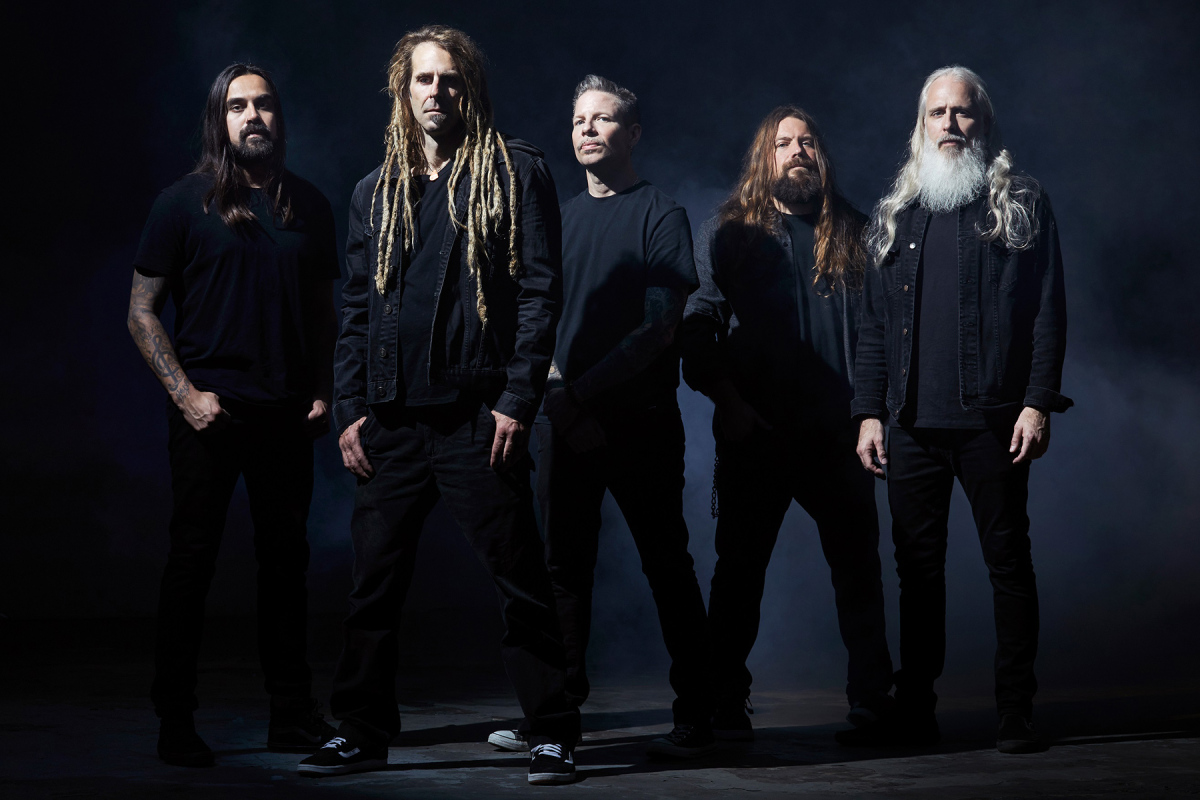 The Bad: There’s not much to complain about on this album. Whereas the Chuck Billy guest appearance on “Routes” is solid, the Jamey Jasta guest vocal on “Poison Dream” doesn’t quite flow with Blythe’s voice and the instrumentals. Beyond that, there’s no tearing down this behemoth of an experience.

The Verdict: Lamb of God’s new self-titled studio LP is a fantastic mesh of hard-hitting metal meets insightful depth. The exploration and craft put into Blythe’s lyrics, along with the stunning musicianship of each member, allows for an exhilarating work of pure heavy metal. This album isn’t just an awesome release from Lamb of God, but a perfect record to unite metalheads as one.