Murders In The Rue Morgue Vol 3

Hard to believe we are up to Volume III of this incredible music compilation series. Looking back at the dark, early days of COVID, it honestly looked like this project and the entire RUE MORGUE RECORDS enterprise was dead in the water! Dead before we even begun. COVID interrupted us greatly and damaged a lot of positive momentum we were gathering.

It wasn’t bad enough that it delayed Volume I, but the same thing happened all over again like a bad nightmare during 2021.

But… we persevered because we believe in this project. We believe in the music and the artists that are represented and hand picked to spice these vinyl grooves with their magic!

We believe! And when one believes… one achieves!

Tonight we are launching our pre-orders for Volume III. Pre-orders are important to us because basically, it is the fans of this project that is bankrolling it all.

The records we produce are top shelf and expensive. Show me another Australian record today with the production values showed throughout this series. Primo gatefold covers, inner sleeves, coloured vinyl, picture discs etc. And we have continually improved from Vol I through to Vol II and now Vol III.

We are still working on the artists and tracks for the album and this will continue until August 30 when we go into production for an early 2023 release.

Tentatively selected for the album so far are:

Murders In The Rue Morgue Vol III will also feature: 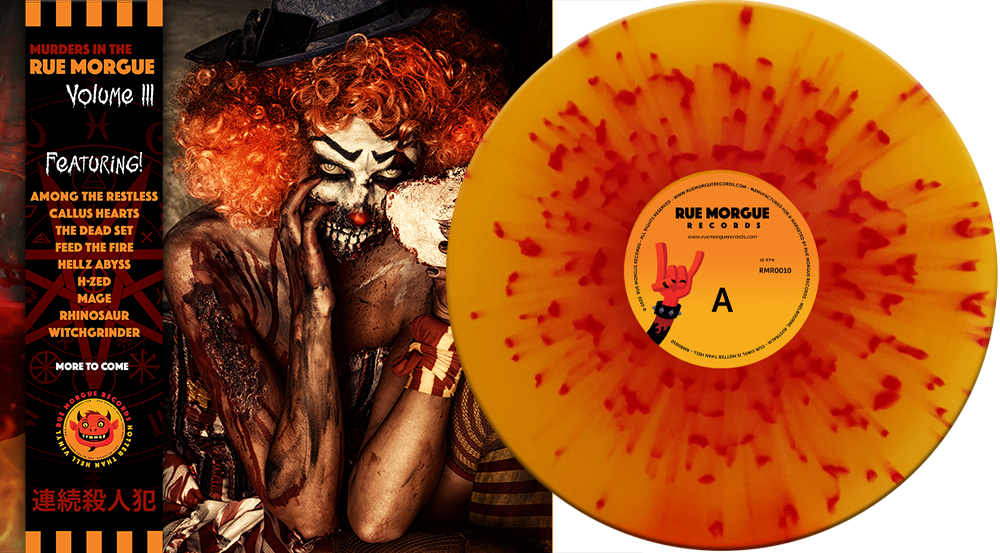 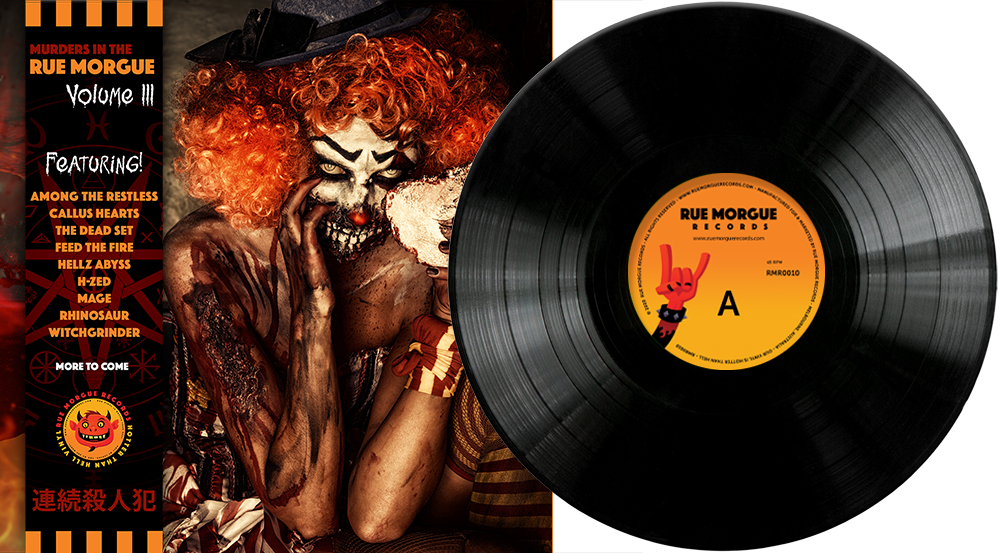 Limited Edition Black Vinyl – $60.99
The Black Vinyl edition is extremely limited and only 50 copies will be produced. 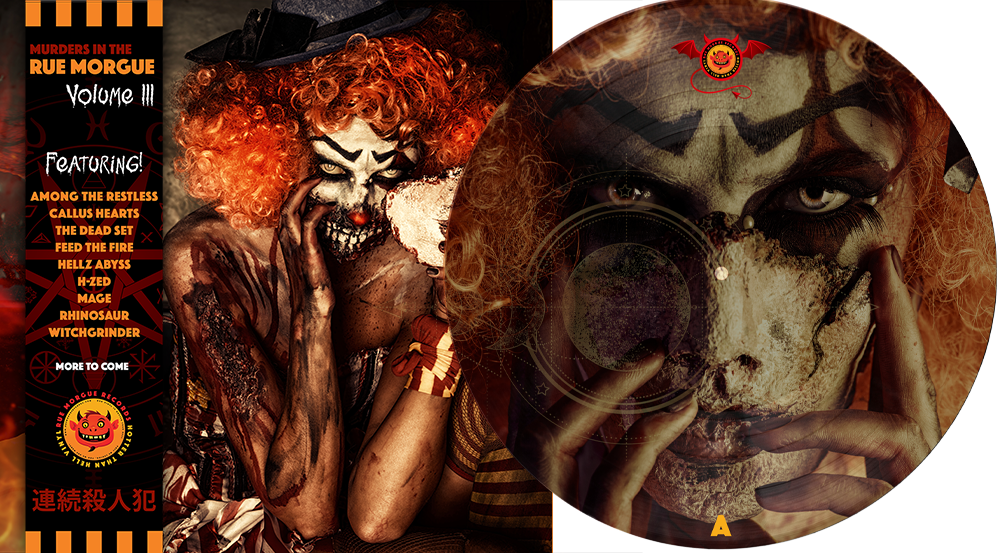 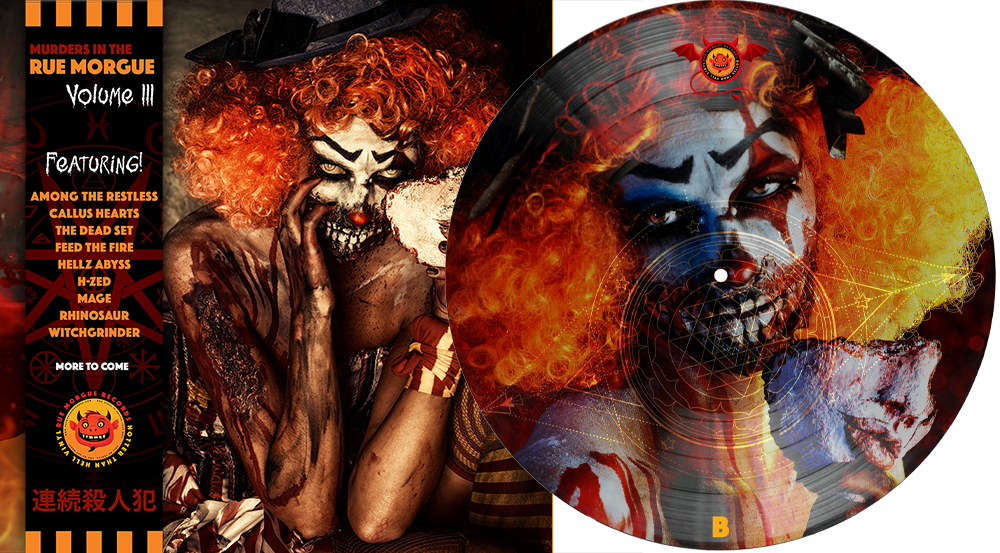 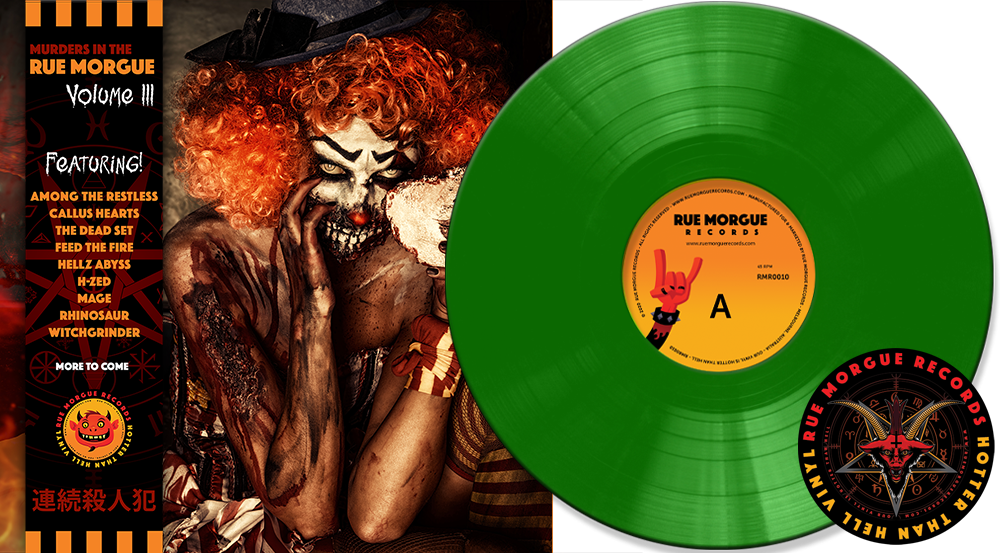 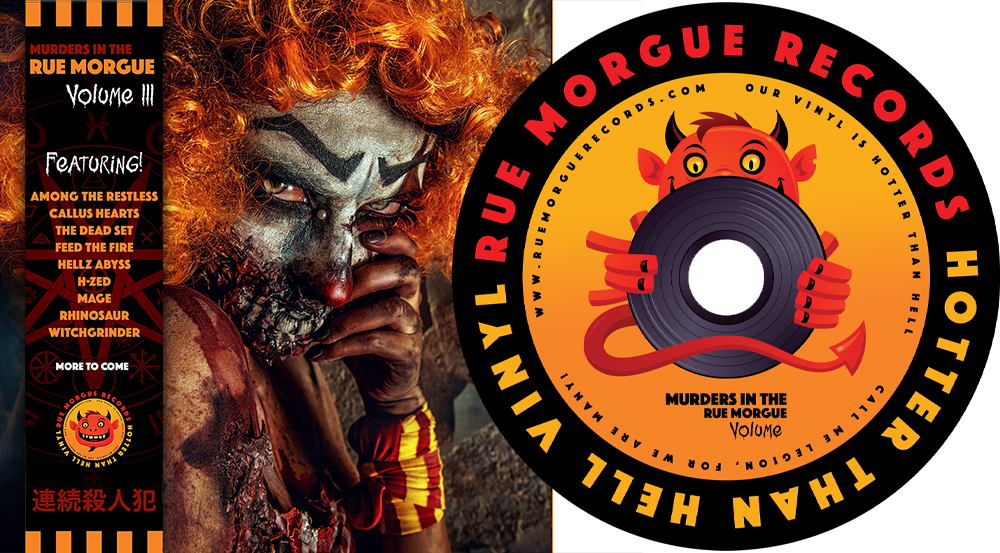 CD Version with Bonus Tracks NOT on vinyl – Alternate Cover – $20.99 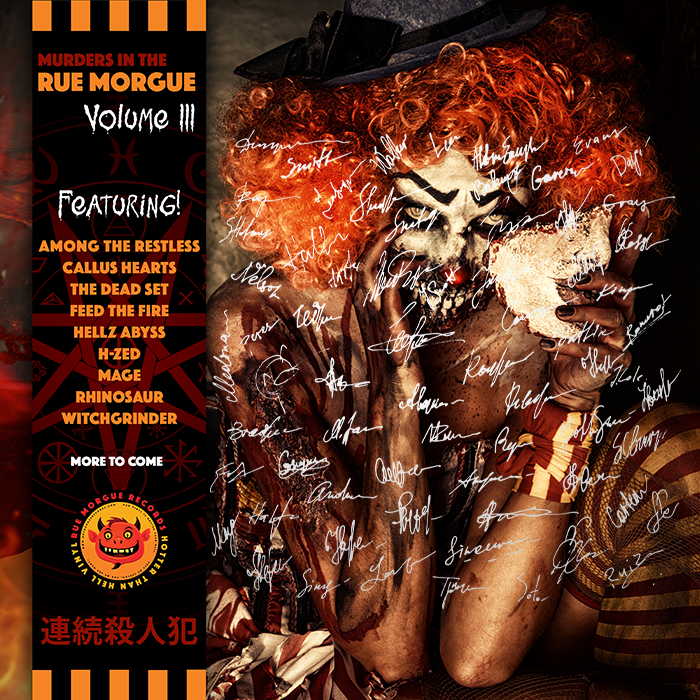