Nothing Sacred: No Gods (Collector’s Edition)

Pre-Order Now! Shipping on or after July 16!

Make 4 fortnightly payments of $5.00 with

Pre-Order Now! Shipping on or after July 16!

One of the earliest Australian bands to play thrash/speed metal, Nothing Sacred was conceived in Melbourne, Australia in 1983. Unleashing their debut EP “Deathwish” in early 1985, launching the band as one of the most sought-after pit makers with the record’s title track becoming a classic within the Australian metal scene. In 1988, the band unleashed their first full-length entitled “Let Us Prey” on Cleopatra Records.

Entitled “No Gods”, the record is the Nothing Sacred’s resurrection to the thrash world. With a wealth of experience, a bucket load of riffs, and a renewed energy for one of Australia’s longest-running metal bands. The band adds: “We think our return with this new album will be received well. We’ve made a conscious effort to not be one-dimensional. We picked a cross-section of tracks we thought would make the album interesting. Though eight of the tracks are brand new, we decided to add two tracks ‘Final Crime’ and ‘Oracle’ we wrote for our 2nd album in the late 80’s, but never released.” 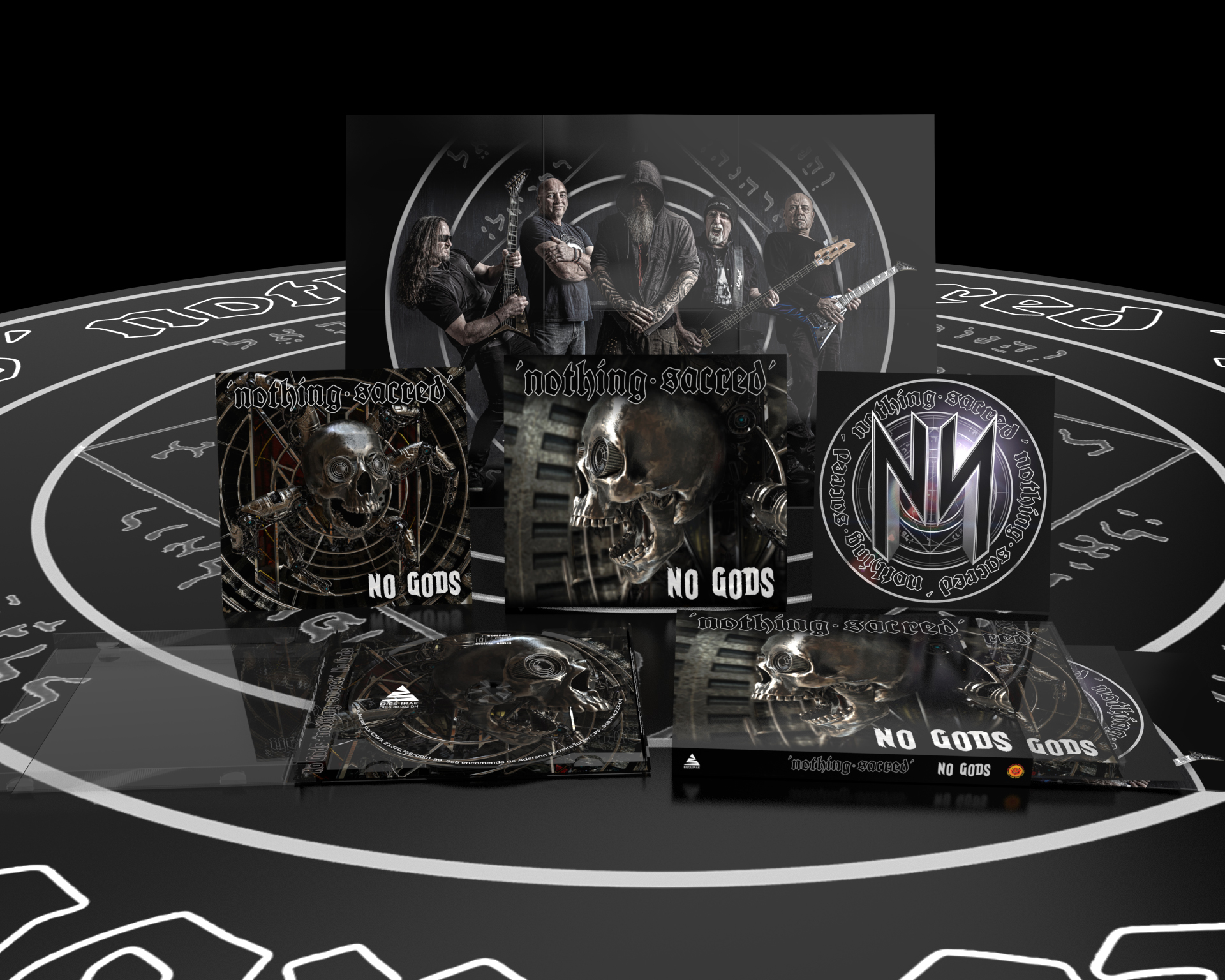