Alice Cooper: Live From The Astroturf (Curacao Or Apricot Vinyl)

By 1974, the Alice Cooper group had risen to the upper echelon of rock stardom… and then, parted ways. In October 2015, over 40 years later, record store owner and superfan Chris Penn convinced the original line- up to reunite for a very special performance at his record store Good Records in Dallas, Texas.

The historic reunion show including all-time classics such as “No More Mr. Nice Guy”, “I’m Eighteen” and “School’s Out” is now becoming available for the very first time worldwide.

Luckily the event was documented. “Live From The Astroturf, Alice Cooper” (edited and directed by Steven Gaddis) toured the world to the acclaim of music fans and rock journalists alike. The documentary won multiple awards for its coverage of the historic event. Now all Alice Cooper fans and rock music lovers across the globe can enjoy this movie as it’s included as a video bonus to this live album. 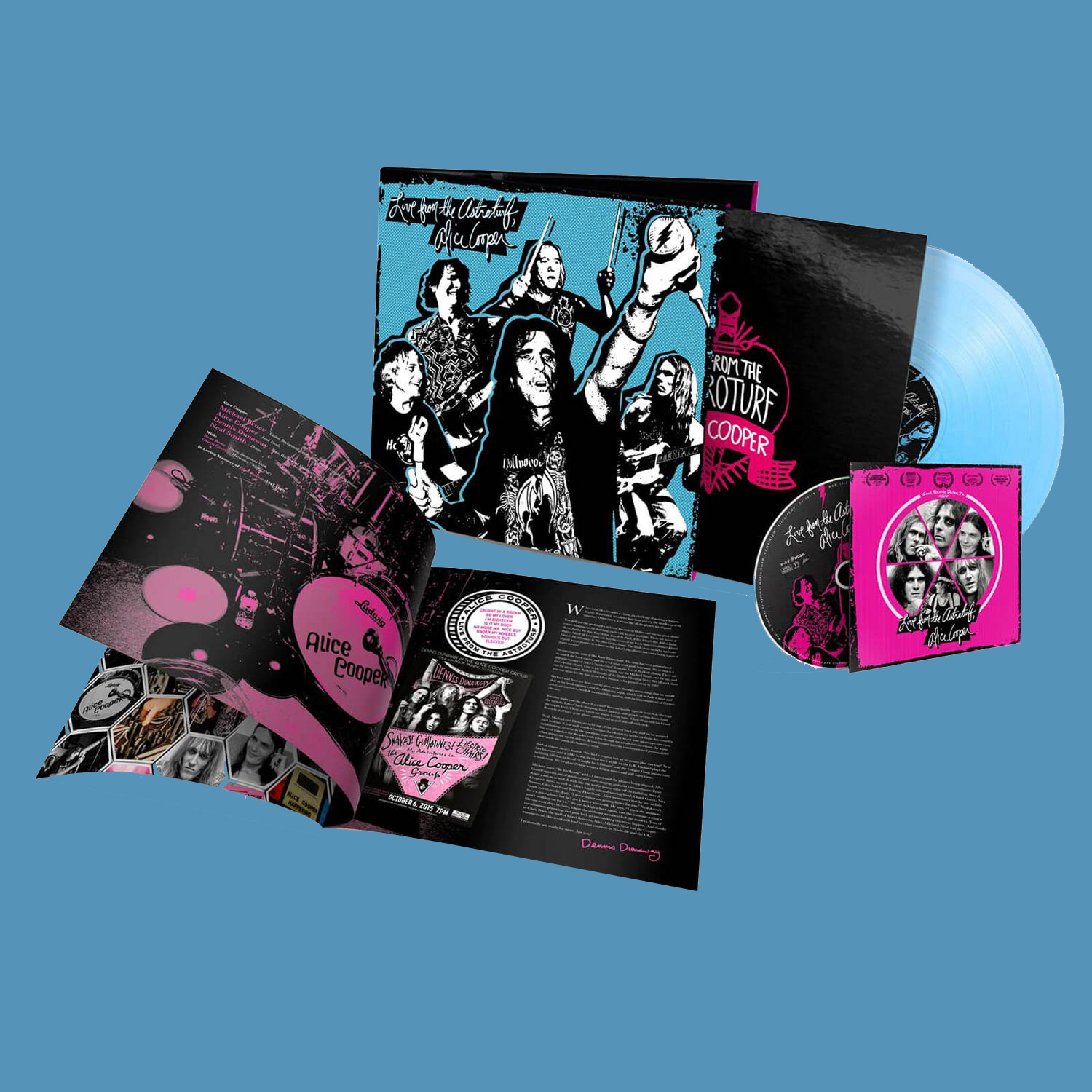 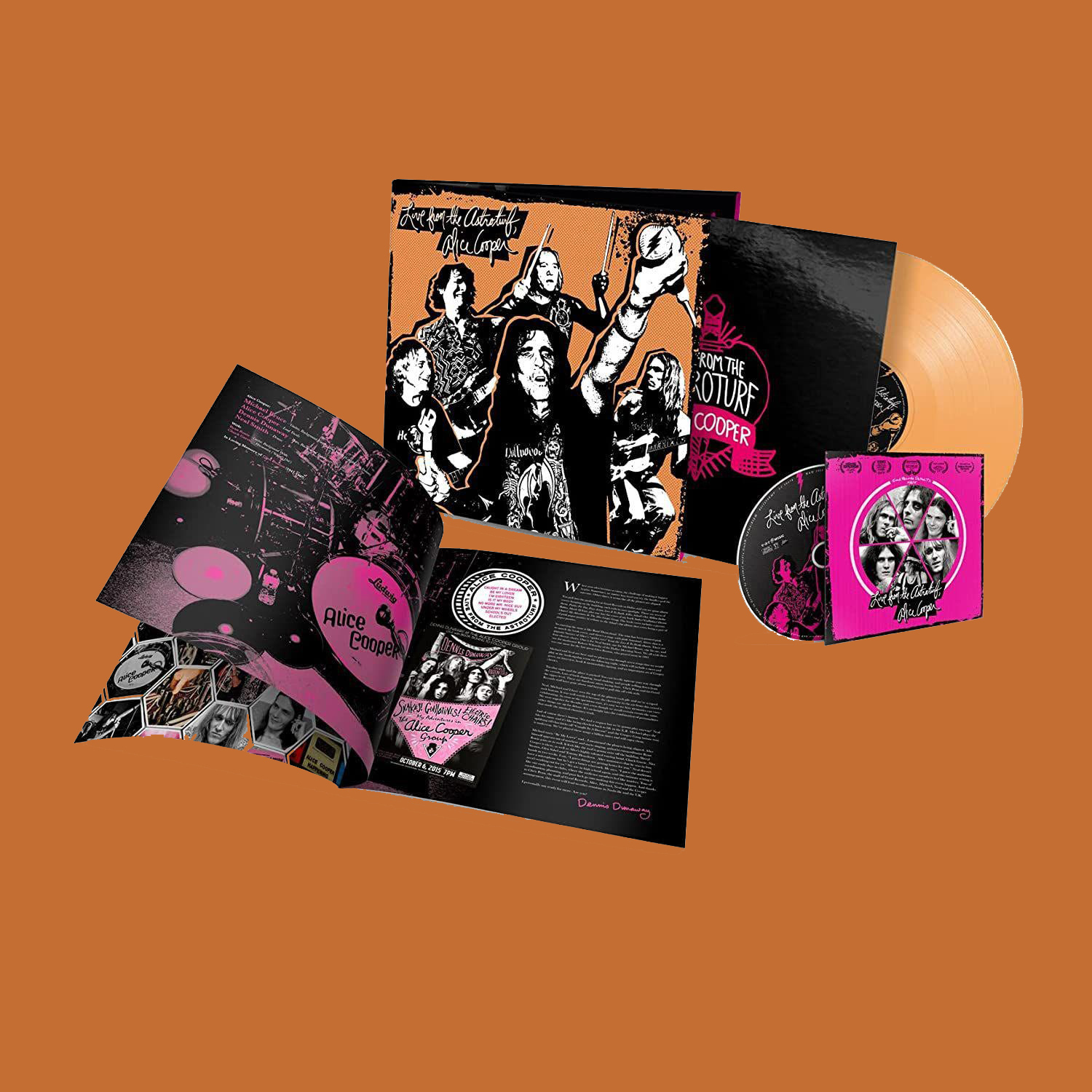