The original artwork design for Black Sabbath’s limited edition release of Master of Reality. In a slim box with a replica poster, folded. And purple vinyl. Of course, it’s purple.

Black Sabbath’s Tony Iommi has given fans a sneak peak of the band’s special release of their album Master Of Reality for Record Store Day 2021.

Sharing a photograph of the limited edition LP on Twitter, Tony Iommi said, ‘We’re excited to be taking part in this year’s @RSDUK Drop on 12th June with a special release of Master Of Reality.’

The Record Store Day 2021 release of Master Of Reality is pressed on a purple coloured vinyl to match the bold lettering of the iconic album cover. The album is also presented in a first edition original sleeve and includes a folded replica poster of the band during the 1970s.

Master Of Reality, which is Black Sabbath’s third studio album, is considered by many as one of the greatest heavy metal albums of all time.

This year marks the 50th anniversary of its release back in 1971, which makes this limited edition release even more momentous for Black Sabbath fans. 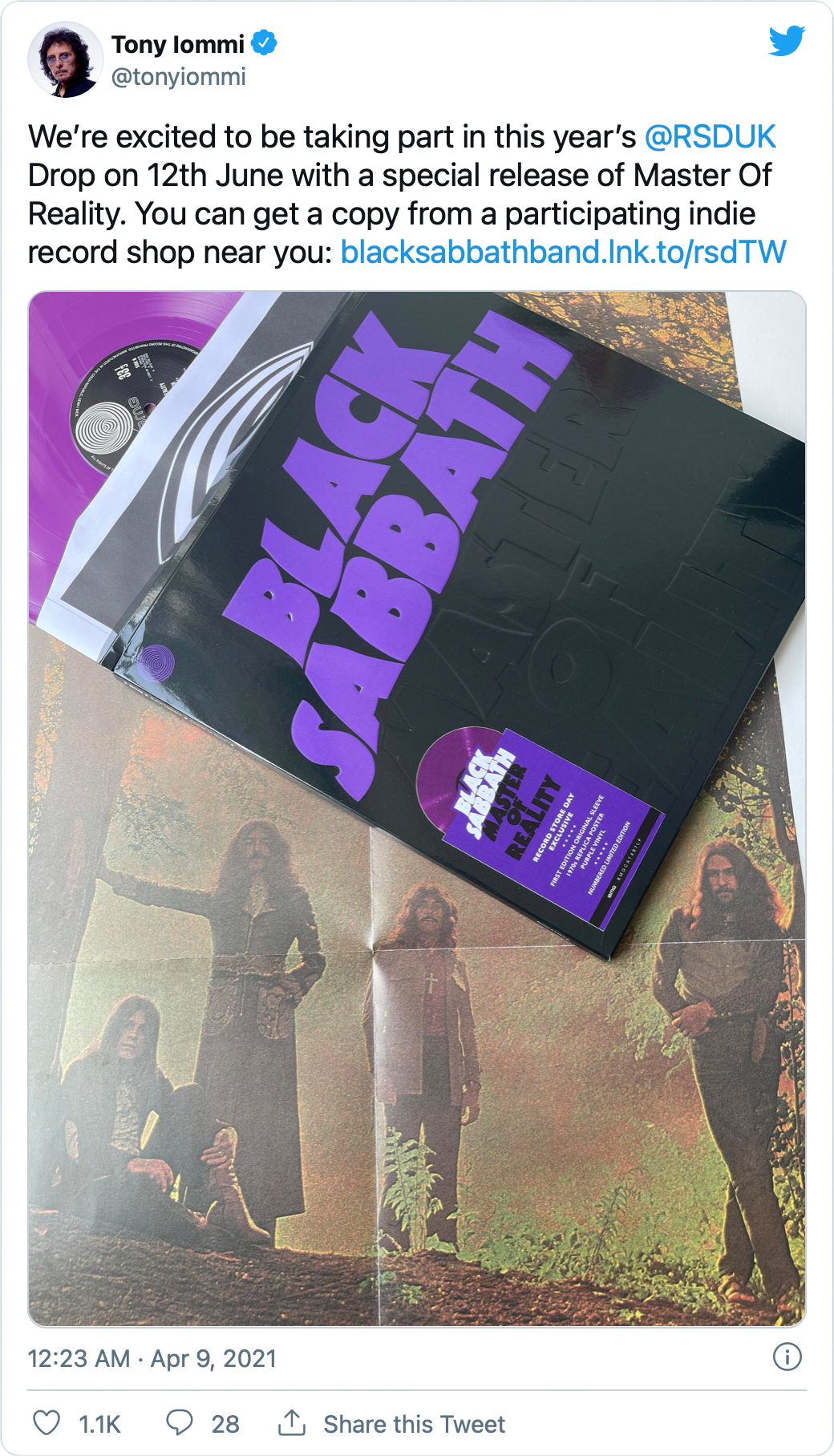