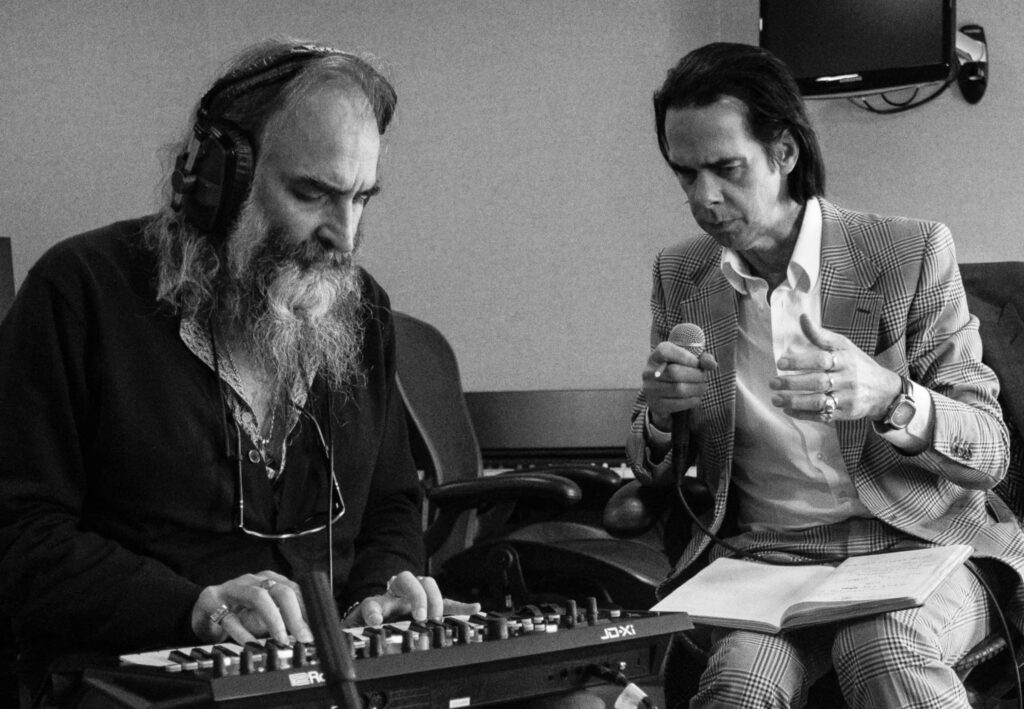 It was “time to make a record” wrote Nick Cave last December for The Red Hand Files, an online newsletter he uses to answer questions from fans.

That record, an unexpected and powerful collection of songs from Cave and his long-term musical partner Warren Ellis, released on Friday, reveals a new development in their creative collaboration.

Carnage is the first time Cave and Ellis, who are bandmates in the Bad Seeds and are known for their award-winning film scores including for Hell or High Water and The Assassination of Jesse James by the Coward Robert Ford, have made an album as a duo.

It is, according to Cave, “a brutal but very beautiful record nested in a communal catastrophe” that emerged during a period of self-reflection when live performance and touring became impossible due to COVID-19.

Carnage, which comprises eight songs, is now available to stream and from May 28 on vinyl and CD.

Typical of Cave, the songs are vast lyrical canvases. From the political White Elephant in which he sings “the president has called in the Feds, I’ve been planning this for years”, to the cultural nods of Old Time where his lyric “wherever you are, darling, I’m not that far behind” is reminiscent of Leonard Cohen’s final letter to his muse and former lover, Marianne Ihlen.

Cave says he spent the early period of lockdown “reading, compulsively writing and just sitting on my balcony thinking about things” and the new album “just fell out of the sky. It was a gift.”

Balcony Man, the final track on Carnage, embodies the raw, improvised mood that spans the album as Cave sings, “What am I to believe? I’m the balcony man, Where everything is ordinary until it is not.” Delicate piano and sparse string accompaniment add weight to Cave’s voice, much the same way last year’s pared-back solo performance at London’s Alexandra Palace shone a light on his lyrics.

Ellis joined the Bad Seeds after playing violin parts on 1994’s Let Love In, and has collaborated with Cave on numerous film scores since first working together on John Hillcoat’s 2005 film The Proposition, which Cave also scripted.

Carnage has a vast, cinematic quality right from its opening track, Hand of God, where Cave and Ellis strip away more familiar guitars and drums in favour of a pulsing, electronic beat and orchestral arrangements. It’s a shift in direction and mood they teased on the Bad Seeds’ most recent album, Ghosteen, and develop even further here.

“Making Carnage was an accelerated process of intense creativity,” Ellis says. “The eight songs were there in one form or another within the first two-and-a-half days and then it was, ‘let’s just make a record!’ There was nothing too premeditated about it.”

Almost three decades since they first started working together, Cave and Ellis seem more determined than ever to be “taking risks and letting whatever happens, happen,” as Ellis said on the eve of the release of Carnage.

Having also formed Grinderman together – the rock band Cave referred to as “the best mid-life crisis a man could have” – Ellis and Cave have proven their enormous versatility. Next up, they’ll be hoping to get the Bad Seeds back on the road as soon as it’s safe to tour again.

“When the pandemic first hit and we had to postpone the [Bad Seeds] European tour I was given the opportunity to take stock, and to see what I actually wanted to do with my life,” Cave wrote for The Red Hand Files in December. “Well, I took stock, I took a year’s stock. I came to the conclusion that what I most wanted to do in life was to play live. I truly miss it.”

Carnage may be the surprise outcome of Cave being forced off stage, but it’s further proof of the creative force that’s possible when he ends up in a studio with Ellis.