Rising from the depths of Australia’s underground metal scene, Dark Metal outfit Witchgrinder took the country by storm. Taking their cues from 80’s and 90’s era of Metal and some Industrial sounds, Witchgrinder derive their songs from classic horror/sci-fi stories.

Blending infectious riffs, powerhouse drumming and catchy structures, with blood curdling screams and tortured growls, Witchgrinder has been terrorising audiences around the country with their dominant and vigorous live performances.

Witchgrinder are celebrating 10 years since the release of their first full-length album “The Demon Calling” with a limited remastered vinyl pressing.

In what is a stunning package, the album will feature a darkly gold and black splatter vinyl and come with exclusive and rare behind the scene photos as well as never before seen promo and Live Photos. There will also be signed copies of the album available with each record also coming with a digital download code.

This will be a strictly limited edition release shipping early in the new year. 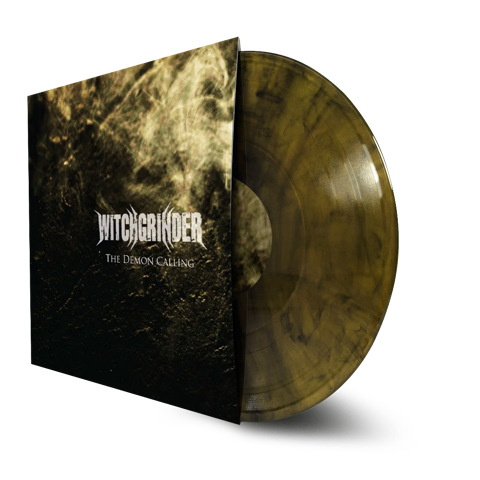