Avatarium: Death Where Is Your Sting (Clear Vinyl & Poster)

After four acclaimed albums and nearly a decade of active service, the idea that AVATARIUM were ever just another side project for the endlessly prolific Leif Edling now seems ridiculous. If 2013’s self-titled debut occasionally strayed a little too close to the CANDLEMASS mothership in terms of riffs, the presence of the extraordinary Jennie-Ann Smith ensured that the Swedes swiftly developed their own distinct character.

By the time they released 2015’s “The Girl With The Raven Mask”, AVATARIUM were audibly constructing their own atmospheric world, even as Edling continued (and continues) to contribute riffs and song ideas. Smith and guitarist Marcus Jidell have been integral to the band’s songwriting process since 2017’s “Hurricanes and Halos”, and the dramatic, darkly theatrical side to their sound has flourished as a result. As with their most recent album, 2019’s “The Fire I Long For”, “Death, Where Is Your Sting?” exhibits a desire to bridge the divide between doom metal, progressive rock and gothic psych, consolidating AVATARIUM‘s identity in the process. These are still often profoundly heavy and riff-driven songs, but Smith‘s timeless voice and Jidell‘s inventive backdrops take them to all kinds of interesting and peculiar places.

“A Love Like Ours” establishes the subversive mood at the outset. Smith is a divine but menacing presence: emerging from a synthesizer fog and assailed by morbid strings, she glides across an incremental, slow build that edges as close to sun-scorched Americana as it does to European doom. Significantly, it sounds nothing like AVATARIUM circa 2013 and rams home exactly how far off the beaten track they have strayed. It suits them perfectly, too. “Stockholm”, while ostensibly a doom metal song with several laudably morose riffs, swiftly finds an enchanting tangent to pursue, wherein acid-folk and cinematic prog collide, with Smith‘s sublime vocal woven between riffs, violins and strummed acoustics. The title track is a simmering, moonlit desert trek, as shades of Nick Cave and ’60s-era Scott Walker harmonize sweetly with an almost FLEETWOOD MAC-like chorus; “Psalm For The Living”is a downbeat and delicate ballad, that alternates between eerie calm and disorientating chaos. Most startling of all, “Mother Can You Hear Me Now”repurposes doom’s low-end rumble to conjure a glacial, post-prog sprawl, with Smith in her ethereal element and a wondrous solo from Jidell.

AVATARIUM remember to cover all gloomy bases. “God Is Silent” is simply one of the most powerful songs they have ever recorded, and the one moment here that overtly salutes the doom purism of the past. On a similar tip, closer “Transcendent” is a barreling storm of heaviness, with a charming, acoustic, instrumental coda. Meanwhile, “Nocturne” is an uproarious heavy metal song with a strong late-’80s vibe that would assuredly slay in any era.

Quietly going about their business and becoming stronger and more unique with every record, AVATARIUM are on daring, dazzling form here. 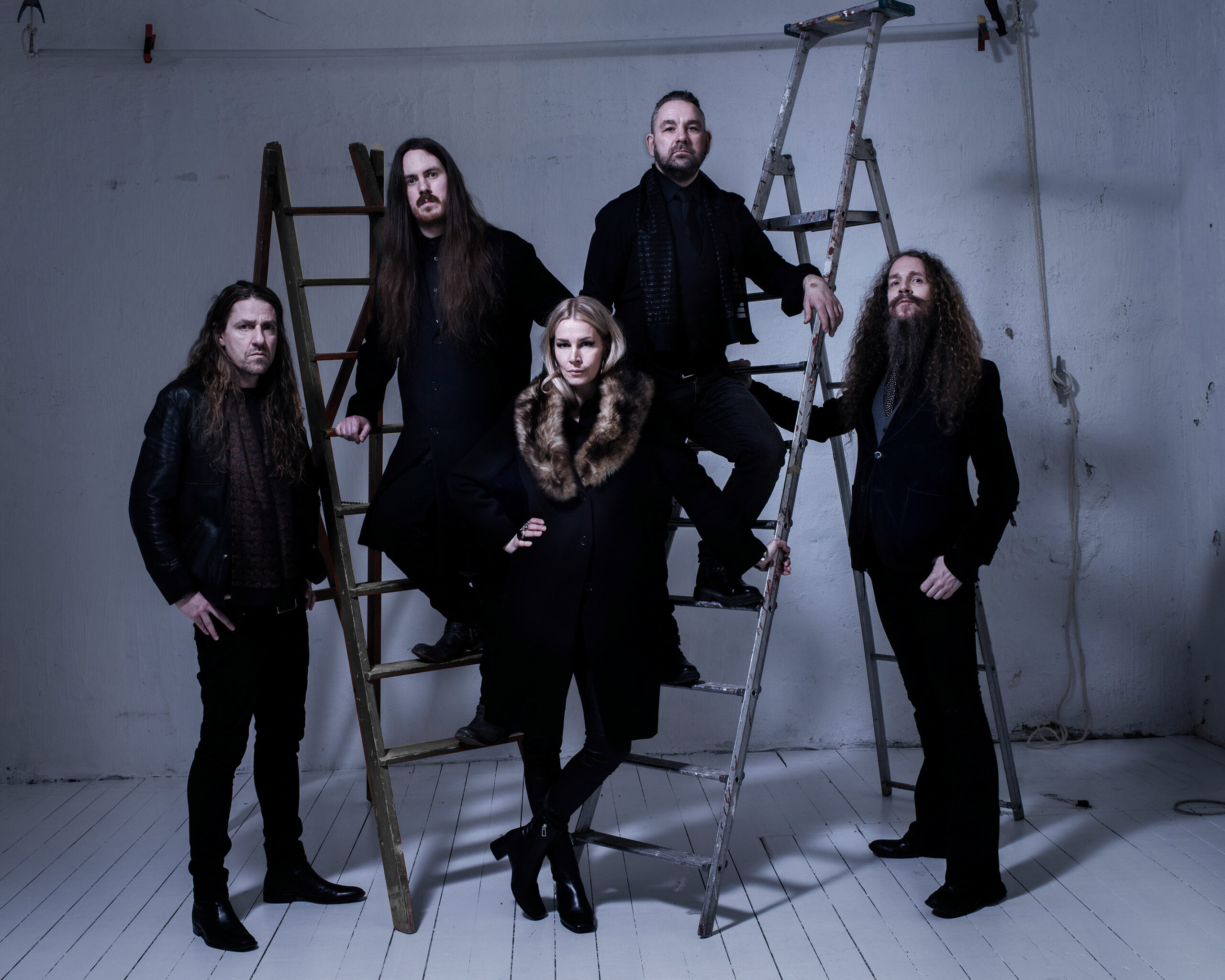